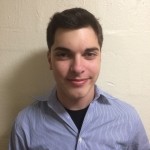 Austin Bodetti has been awarded a Mizna Fellowship and an Advanced Study Grant to conduct research in South Asia.

The Mizna Fellowship Fund was established through the generous gift of one of BC’s alumni to create new opportunities for BC undergraduates for international travel for research, language study, internships and service learning initiatives throughout the Islamic World.

The Boston College Advanced Study Grants were established to encourage, support, and give visible recognition to undergraduates who have that special spark of scholarly initiative and imagination.

Biography: I am a freshman in the Gabelli Presidential Scholars Program majoring in Islamic Civilization and Societies and minoring in Arabic Studies and Women's and Gender Studies. My passion for human rights in the Muslim world started with the Syrian Civil War but expanded to Muslim minorities in Southeast Asia after my Indonesian friend introduced me to the topic. I am now researching present and past conflicts involving the Acehnese in Indonesia, the Rohingya in Myanmar, and the Malays in Thailand.

Title: What Peace Means for the Oppressed: Learning from and Teaching to the Rohingya of Myanmar

Project: This summer, I will visit Myanmar for three weeks to intern with the Smile Education and Development Foundation and volunteer with the Rohingya, Myanmar's largest Muslim minority. The Rohingya remain among the most-persecuted minorities in the world, so Smile has provided me the opportunity to document and research their human rights while teaching a classroom of Rohingya children Arabic, English, and Islamic and Western history. I will split my time between Yangon, Myanmar's largest city, and Sittwe, capital of Rakhine State.

Title: What Peace Means for the Oppressed: Accepting the Failures of Conflict Resolution in Indonesia

Project: Three weeks in August, I will intern for the Abdurrahman Wahid Center for Interfaith Dialog and Peace (AWCenter), an NGO based at the University of Indonesia. The world's most-populous Muslim-majority country, Indonesia has struggled with sectarianism among its ethnic and religious minorities for decades. In the early 2000s, separatist rebels fought the Indonesian military in Aceh, and Christian and Islamic militias fought one another in Central Sulawesi. These provinces have since achieved peace, Aceh’s former separatists helping govern and Christians and Muslims coexisting in Central Sulawesi with many stories of national solidarity. I plan to research how Indonesia in Aceh and Central Sulawesi has avoided the civil wars prevalent elsewhere in the Muslim world and Southeast Asia. My internship will include time in Jakarta, capital of Indonesia; Banda Aceh, capital of Aceh; and Palu, capital of Central Sulawesi.