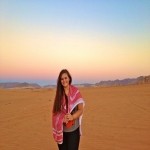 Project: According to Article 308 of the Jordanian Penal Code, a rapist in Jordan can marry his victim for five years and avoid prosecution and punishment altogether. For Jordanian women, this option is oftentimes preferred over the alternatives—being killed, imprisoned, or living in society with the cultural stigma of impurity and dishonor. Every day, women in Jordan fall victim to sexual violence, domestic violence, and honor crimes, just as countless other women do around the world. In Jordan, however, not only are certain laws in place that ensure there is no justice for the victims, but these laws are the product of a longstanding patriarchal culture. Despite Jordan’s progress in many areas of human rights, Jordanian women do not have the rights and equality they inherently deserve. They are victims of violence, and treated as criminals.

What is the source of the lack of progression for women’s rights regarding sexual violence, domestic violence, and honor killings in Jordan? Is this stagnation a result of deep-seated Islamic or cultural tradition that citizens refuse to change, or a result of political pressures on the Jordanian monarchy? Additionally, are women’s rights related to these crimes even a priority in the country? With unprecedented refugee influxes, natural resource shortages, and regional wars, these rights may have been placed on the back burner. My 14-day research trip to Amman, Jordan in January 2015 sought to determine the source of Jordan’s failure to grant women the rights they deserve, from both a social and a legal standpoint, and to determine the prospects and possibilities for change.

Biography: Ariana Caraffa is a senior at BC from Phoenix, AZ. She is an Islamic Civilization and Societies major and a Faith, Peace, and Justice minor. Ariana is writing her senior thesis on women’s rights in Jordan related to sexual and family violence. After her May 2015 graduation, Ariana plans to pursue a career in international human rights with a focus on the Middle East.