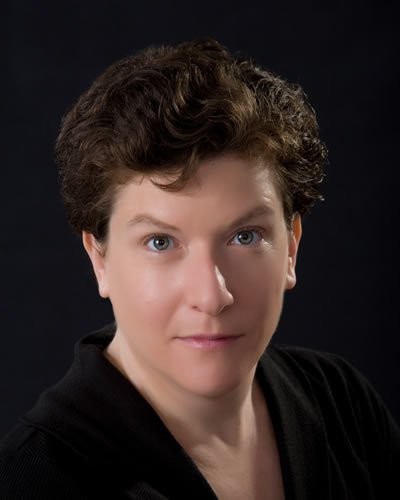 Sheri Wilner, award-winning playwright and arts educator, is the author of more than 20 full-length and one-act plays, most recently a new musical called Cake Off, which premiered in October 2015 at the Signature Theatre in Arlington, VA and received a Helen Hayes Award nomination for Outstanding Musical Adaptation. Cake Off will be produced this August and September at the Bucks County Playhouse in New Hope, PA.

Wilner currently works as the Director of the Dramatists Guild Fellows Program in NYC, which provides a year-long professional development workshop to a selected group of emerging playwrights and musical theatre writers. Prior to that appointment she was the Master Playwright for the Miami-Dade Department of Cultural Affairs Playwrights’ Development Program, conducting a series of weekend workshops over the span of two years with a small class of professional Miami playwrights. She has also taught playwriting at Vanderbilt University, where she was the Fred Coe Playwright-in-Residence, and Florida State University, where she headed the playwriting division of the MFA Writing for Stage and Screen program.

Her plays have been published in over a dozen anthologies, and have been performed at major regional and national theatres including the Old Globe, the Guthrie Theater, the Actors Theatre of Louisville, the Eugene O'Neill Playwrights’ Conference, the Williamstown Theatre Festival, and several seasons of the Boston Theatre Marathon at the Boston Playwrights’ Theatre. Her work has also been produced in Australia, Denmark, Germany, India, Ireland, Japan, and the United Kingdom.

During her residency, Wilner will teach two courses for the Theatre department. The first, “Writing Wrongs: Writing the Issue-Based Play,” will explore the process of transforming emotional responses to social and political “hot topics” into complex, engaging works for the theatre; and the second, “Contemporary Female Playwrights,” will address the lack of gender parity in American theatre by reading and creatively responding to plays authored by a diverse range of female playwrights. Along with Boston playwrights Melinda Lopez (Playwright-In-Residence at the Huntington Theatre Company) and Kate Snodgrass (Artistic Director of Boston Playwrights Theatre), Wilner will write a new ten-minute play to accompany our Season opening production of Waiting for Lefty (October 13-16, 2016), directed by Assistant Professor Patricia Riggin.

“Sheri Wilner’s expertise extends well beyond her highly acclaimed body of work as a playwright,” Crystal Tiala, Chair of the Theater Department explains. “She has made it her mission to advocate for gender parity in her field. Her participation in research and subsequent publications bring to light how biased choices made by producers have resulted in significantly fewer opportunities for women. Her presence in our department will fuel some fascinating discussions of both gender and racial parity in the entertainment industry.”

The Theatre department will produce her play, Kingdom City, (March 22-26, 2017) directed by Associate Professor, Dr. John Houchin. The play, which premiered at the La Jolla Playhouse outside San Diego two years ago, follows a female theatre director’s struggle to produce a provocative play in a conservative, religious town in the mid-west (based on a real-life incident that occurred in Fulton, MO). The Los Angeles Times declared it a “potentially major new American play.”

She has been the recipient of several prestigious fellowships including the Howard Foundation Fellowship in Playwriting (2008, Kingdom City), the Bush Foundation Artist Fellowship (2007), The Playwrights Center’s Jerome Foundation Fellowship (2005-2007), and the Dramatists Guild Playwriting Fellowship (2000-2001). She has twice been a co-winner of the Actors Theatre of Louisville’s Heideman Award for her plays Labor Day (1998) and Bake Off (2001), both of which premiered at the annual Humana Festival of New American Plays. Wilner attended Cornell University (B.A., English), as well as Columbia University where she received her MFA in Playwriting.