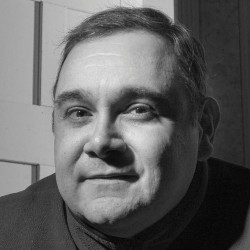 In his 16th year as a resident company member at the American Repertory Theater, Remo Airaldi has performed in over sixty A.R.T. productions. Previous roles include Casca in Julius Caesar, The Master of Ceremonies in The Onion Cellar, Mr. Bumble in Oliver Twist, The Valet in No Exit (in Cambridge and on tour at Hartford Stage and Montclair Performing Arts Center), Arleguin in Island of Slaves, Peter in Romeo and Juliet, the Captain, Mister Green, and Head Porter in Amerika, Nurse in Dido, Queen of Carthage, the Constable in The Provoked Wife, McCann in The Birthday Party, Francis Flute in A Midsummer Night's Dream, Mesrou in La Dispute, Ilya Ilych Telegin in Uncle Vanya, Old Man in Lysistrata, Cucurucu in Marat/Sade, Prince of Aragon in The Merchant of Venice, Father Donnally/Doctor in The Marriage of Bette and Boo, Antonio in The Tempest, Matt of the Mint in The Threepenny Opera, Mistress Quickly/Governor of Harfleur/Le Fer in Henry V, Pozzo in Waiting for Godot, Chorus/Doorkeeper in The Orestia, Pishtchik in The Cherry Orchard, Mistress Quickly in Henry IV, parts one & two, along with several other roles.