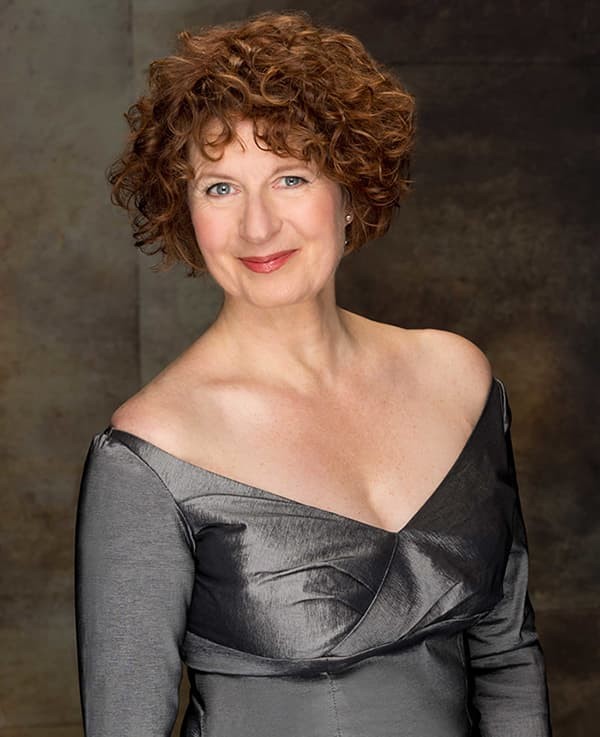 With over 40 years of teaching experience, Paula Plum is a thrilling addition to the BC Theatre faculty. Plum taught acting, directing, and voice for twelve years at UMass Lowell, and has been a private acting coach for Union and Non-Union actors for nearly twenty years. Since 2009, Plum has also been teaching the “Shakespeare Work Out,” for Actors Shakespeare Project, a six-week acting intensive that focuses on voice, body, and breath.

Plum is a founding member of Actors Shakespeare Project, a Boston theater company that “performs and works in found spaces, schools, and theaters to present and explore the robust language, resonant stories, and deeply human characters in Shakespeare’s plays.” Plum is also an ASP teaching artist and a member of their resident acting company.

From drama, comedy, and clowning, to period pieces, Shakespeare, and contemporary plays- Plum has done it all. Ed Siegel, critic-at-large for WBUR’s The ARTery, says that “Paula’s range [as an actor] is extraordinary.” The Theater Mirror stated that “Plum brings tenderness and quiet strength to the role of Hazel” in the 2020 production of The Children. WBUR applauded her 2017 performance in Who’s Afraid of Virginia Woolf?, stating that “Plum is a warm, vulnerable if convincingly vulgar and brassy Martha.” The Arts Fuse described that same performance as “charismatic, sexy, and shameless,” and her 2014 performance as Linda in Death of a Salesman, as “brilliantly nuanced.”

Plum is the recipient of four IRNE Awards for Best Actress (Wit, Miss Price, The Heiress, and Plum Pudding), as well as three Elliot Norton Awards for Best Actress (Who’s Afraid of Virginia Woolf, Lost in Yonkers, and Miss Witherspoon). Plum was selected by the Boston Theater Critics Association to receive the 2004 Elliot Norton Award for Sustained Excellence, which pays tribute to the recipient’s body of work and their “outstanding contributions to theater in Boston.”

In 2009, Plum was one of five actors nation-wide to be awarded a three-year grant from the William and Eva Fox Foundation for a resident actor fellowship at SpeakEasy Stage Company of Boston. During her residency, she developed an original workshop called “Handling the Hot Moments” which explores how actors negotiate intimacy on stage. The concept and findings from the workshop led to a published article in American Theater Magazine. The grant also allowed her time to write and perform in What Lips My Lips Have Kissed, an original work about the life of poet Edna St. Vincent Millay.

Her directing credits include productions at Actors Shakespeare Project, Gloucester Stage Company, Lyric Stage Company, Merrimack Repertory Theatre, Stoneham Theatre, and others. Since 2003, Plum has been the Artistic Director of the WGBH touring concert, A Christmas Celtic Sojourn. Inspired by Brian O’Donovan’s A Celtic Sojourn, the much beloved annual event draws on “Celtic, Pagan, and Christian traditions to celebrate the music of the season” with music, singing, and dancing (WGBH).

When asked about the longevity of her career, Plum responded: “I really don’t ever give up. There’s so much rejection in this business, but I keep going back. I think persistence is even more important than talent in terms of survival in the theater. You have to be willing to continually put yourself out there.” (Boston University)

During her residency at Boston College, Plum will teach two classes: The Actor and the Mask in Fall 2020, and Directing II in Spring 2021. She will also direct Shakespeare’s Twelfth Night for the Theatre Department.

Plum studied mask, clown, and acrobatics at the Philippe Gaulier School in Paris, and also trained at The London Academy of Music and Dramatic Arts. She holds a BFA from Boston University where she was honored with the 2003 Distinguished Alumna Award. For more information about Paula’s career, visit www.paulaplum.com.