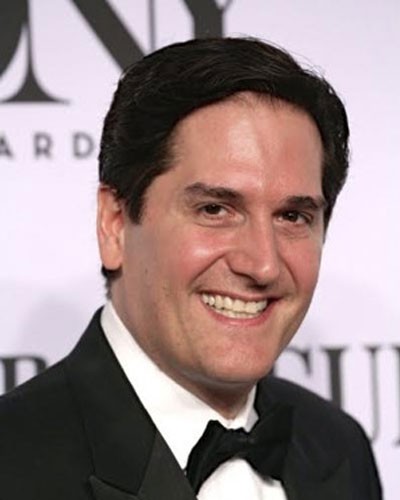 Nick Scandalios has made an extensive impact in the theatre world. He is the Executive Vice President of the Nederlander Organization, one of the largest owners of legitimate theatres in the world. Now in its 105th year, the Nederlander Organization has produced over 100 Broadway and touring productions, giving a home to several Tony-winning hits including Hamilton, Waitress, Next to Normal, Wicked, The Lion King, Chicago, West Side Story, Cats, and Annie, among others. The company has built an impressive network of historically significant theatres across the country, managing multiple venues around the U.S., and in London’s West End. Scandalios has been with the Nederlander Organization for nearly 30 years.

Scandalios is the Immediate Past Chairman of the Board of Governors of The Broadway League, a full-service trade association dedicated to fostering increased interest in Broadway theatre and supporting the creation of profitable theatrical productions. He is also on the Board of Trustees for Broadway Cares/Equity Fights AIDS, a nonprofit organization that draws upon the talents, resources, and generosity of the theatre community on Broadway, Off-Broadway and across the country by raising funds for AIDS-related causes across the United States.

Scandalios’ humanitarian efforts also extend beyond theater, as he is the Immediate Past Chair and current member of the Emeritus Board of Family Equality Council (FEC), a national advocacy organization committed to securing family equality for LGBTQ parents, guardians, and allies. He was the 2016 Honoree at FEC’s annual Night at the Pier gala, a celebration of the people and organizations that have made an impact on the LGBTQ community.

Scandalios was the recipient of the 2016 Boston College Arts Council Alumni Award for Distinguished Achievement, which recognizes alumni who have achieved an outstanding level of distinction and public recognition for contributions in art-related professions. And in 2008, Scandalios was presented with the Commercial Theater Institute’s Robert Whitehead Award for “outstanding achievement in commercial theater production.”

In the Fall 2017 semester, Mr. Scandalios will be a guest speaker for the course, “Principles of Theatre Management,” taught by StageSource Executive Director, Julie Hennrikus. The class will join him for an insider’s tour of the Nederlander Organization in NYC, as well as at a backstage tour at one of Nederlander’s theatres, culminating in an evening performance of one of the company’s current Broadway hits.

“It is a great honor to have Nick Scandalios, a man who has been part of the massive revitalization of for-profit theater on Broadway and elsewhere, return to Boston College to interact with our students,” says Crystal Tiala, Chair of the Theatre Department. “A product of the Carroll School of Management and BC Theatre, Nick is as generous and kind a person as he is a brilliant businessman.” 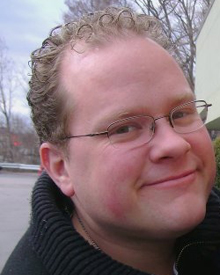 The Department’s other special guest this academic year is production and lighting designer, Scott Clyve. For nearly thirty years, Clyve’s lighting and production designs have been seen on Broadway, Off-Broadway, in regional theatres across the United States, and on television. His lighting designs have been called “top shelf” (Time Out New York), “evocative” (The Theater Mirror), “classy” (The Edge), “bold” (OOBR), “sensitive” (Boston Globe), “intensely focused” (Newsday) and “brilliant” (The Gazette).

Clyve has designed the Broadway shows, The Gathering, starring Hal Linden, and Your Arms Too Short to Box with God, a musical based on the Biblical Book of Matthew. Mr. Clyve’s work also extends beyond the theatrical stage. In 2016, he designed the lighting for The White House Frontiers Conference, hosted by President Barack Obama. In 2015, during Pope Francis’ first official visit to the U.S., Clyve designed the lighting for the Papal address at Independence Hall in Philadelphia, PA. In 2013 he designed the lighting for a live broadcast from the JFK Museum in Boston on the 50th anniversary of the passing of President John F. Kennedy. He has also done production and lighting design for concerts featuring Rascal Flatts, Little Wayne, Emeli Sandé, Jason Aldean, Bon Jovi, and Keith Urban, among others.

Clyve has become a staple in the Boston theater and dance scene, designing for several seasons at the Lyric Stage Company, SpeakEasy Stage Company, Wheelock Family Theatre, Express Yourself at the Wang Theater (2007-2016), Urban Nutcracker at John Hancock Hall (2008-2016), and right here at Boston College; his most recent works being Waiting for Lefty (2016) and Carousel (2015). Clyve has also been nominated for several Independent Reviewers of New England (IRNE) Awards which recognize extraordinary talent in the Boston theatre community; winning for his lighting design of the Lyric Stage Company’s 2011 production of The Life and Adventures of Nicholas Nickleby as well as the Lyric’s 2008 production of Man of La Mancha.

Mr. Clyve will light design two of the Theatre Department’s 17-18 Season productions: Chicago (October 18-22, directed by Michelle Miller ‘98), and Stop Kiss (March 22-25, directed by Taylor Tranfaglia ‘18). In the Spring 2018 semester, he will lead a professional development workshop for students interested in production design, as well as teach a new course, “Event Production & Organization.”

“Working with Scott Clyve is a true joy. He brings his experience from so many varied types of performances and has an impressive list of credits to his name,” says Crystal Tiala. “Yet, as busy as he may be flying to various parts of the world, he brings his full attention to every project, and we are thrilled to have him back at BC this year.”

The Monan Professorship in Theatre Arts was established in 2007 by a generous gift to Boston College in honor of University Chancellor and former BC President J. Donald Monan S.J.. The position, which also commemorates the late Trustee E. Paul Robsham, enables the Theatre Department to bring nationally and internationally known professional theatre artists to Boston College to teach and work with undergraduate students. Scandalios will be the 12th, and Clyve will be the 13th visiting Monan Professor in Theatre Arts, following playwright Sheri Wilner, director/film maker Michelle Miller ‘98, director/actor Tina Packer, as well as director Paul Daigneault ‘87, and others.

For more information on the Monan Professorship or the BC Theatre Department, contact Crystal Tiala at tiala@bc.edu.

BOSTON COLLEGE THEATRE DEPARTMENT - In 1865, two years after Boston College opened, theater began at BC. It continued for many years as a student activity under the aegis of the Dramatics Society. In the early 1970s the College of Arts and Sciences established a theater major as part of the Department of Speech, Communications and Theatre. The Robsham Theater Arts Center opened in 1981 as the center of theater production on campus. In 1993 the Theatre Department was established as an independent department. Since then, both the academic and production programs have grown steadily in terms of faculty staff, theater majors, course offerings, and the quality and quantity of productions. For more information go to www.bc.edu/theatre.