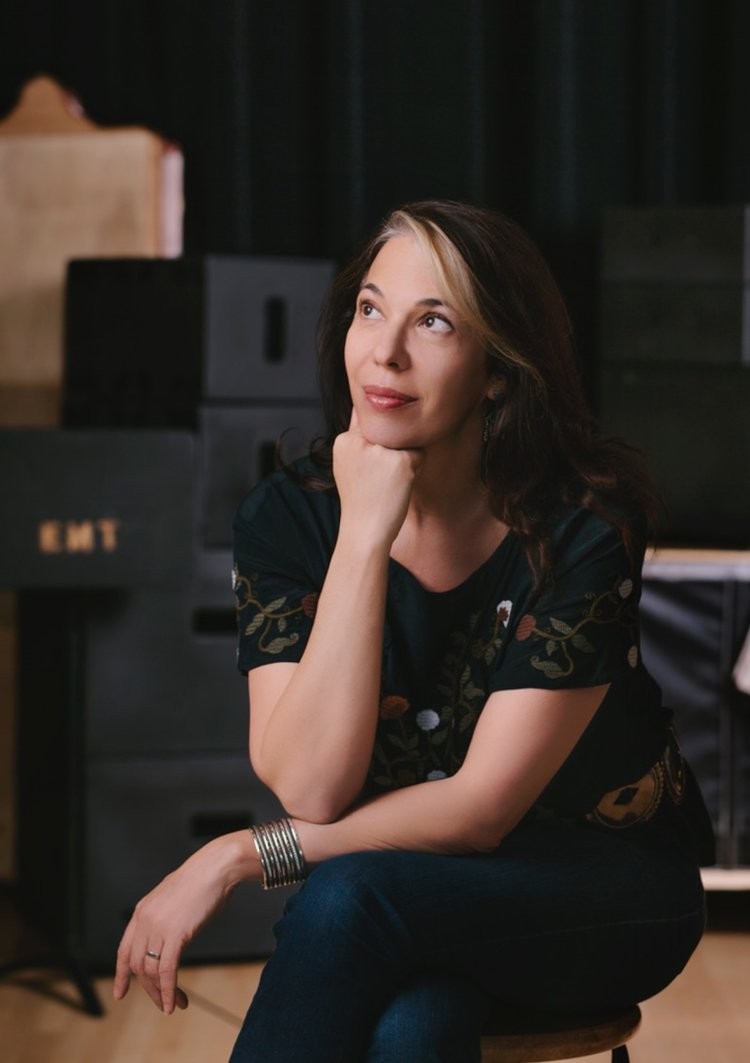 Hailed by WBUR as “one of Boston’s most important writers,” Melinda Lopez was the 2019 recipient of the Massachusetts Cultural Council’s (MCC) Award in Dramatic Writing, as well as the Boston Theater Critics Association’s (BTCA) Elliot Norton Prize for Sustained Excellence for “consistently enriching the Boston theater community as a playwright, actress and educator.”

With a body of work that spans more than two decades, Lopez’s plays have been performed around the country at such notable theaters as Steppenwolf Theatre Company, The Guthrie Theater, Laguna Playhouse, Williamstown Theatre Festival, Shakespeare and Company, The Huntington Theatre Company, and ArtsEmerson, among others. In a 2015 interview with MCC, Lopez explained that as a Cuban-American, she intentionally places “brave, complicated, and uncompromising Latina women” at the center of her work, frequently focusing on the stories of Cuban or Cuban-American characters.

Her most recent work, Yerma (Huntington Theatre Company, 2019), is an adaptation and new translation of Federico García Lorca’s play of the same name. Described as a woman “consumed by her dream of motherhood, Yerma defies her husband and confronts her community” which ultimately “propels her into a collision with the universe that is urgent and terrible in scope.” Arts Fuse affirmed that “Lopez succeeds at putting her own stamp on the work without disrupting or diverting the play’s dramatic contours…[her] translation makes the language of the play approachable without losing the beauty of Lorca’s poetry.”

Her one-woman show, Mala- which Lopez wrote and performed- was presented at ArtsEmerson in 2016. The play is described as “an utterly unsentimental journey towards the end of life-- an irreverent exploration of how we live, cope, and survive in the moment” (melindalopez.com). WBUR’s The ARTery applauded the production as “an exquisitely fashioned theater piece, brimming with humor, frustration, and honesty,” and Boston Magazine called it her “most profound work yet.” Mala won the BTCA Elliot Norton Award for Outstanding New Play, and Lopez earned the Arts Impulse Award for Best Solo Performance. In honor of the world premiere of Mala– and in recognition of her many accomplishments– Mayor Martin J. Walsh, proclaimed October 29, 2016 to be Melinda Lopez Day in the city of Boston for which he urged his “fellow Bostonians to celebrate her enormous contribution to the theatre field both locally and throughout the world.”

From 2013 to 2019 Lopez was the playwright-in-residence at the Huntington Theatre Company as part of the Mellon Foundations National Playwright Residency Program, which provides “salary, benefits, and a flexible research and development fund for a diverse group of American playwrights at selected theaters around the country.” In 2010 she was named a “Woman of Courage Honoree” by La Alianza Hispana, an organization whose mission is to improve the lives of the Latino community of Massachusetts. Her play Sonia Flew won the 2004 Independent Reviewers of New England (IRNE) Award and the BTCA Elliott Norton Award for Best New Play and Best Production. In 1999 she was the first recipient of the Charlotte Woolard Award, given by The Kennedy Center to “a promising new voice in American theatre” for her play, The Order of Things.

In addition to her work as a playwright, Lopez is also an accomplished actress, having performed at regional theaters across the country. She is also a freelance writer for HowlRound Theatre Commons, a “free and open platform for theatremakers worldwide that amplifies progressive, disruptive ideas about the art form and facilitates connection between diverse practitioners.” Additionally, she has been an Assistant Professor of Playwriting at Boston University since 2008, as well as a visiting lecturer of theatre and performance at Wellesley College since 2001. She has a M.A. in Playwriting from Boston University and a B.A. in Drama from Dartmouth College.

In a 2017 interview with the 50 Playwrights Project, Lopez was asked what advice she had for playwrights at the beginning of their career. She responded: “Surround yourself with people who believe in you. Write what you want to write. Tell the truth. Be good to everyone you work with and work for. Listen to actors. Have faith, have faith, have faith.”

During her residency at Boston College, Lopez will teach two classes: Contemporary American Theatre in Fall 2019, and Playwriting I in Spring 2020. In January 2020, the BC Theatre Department will mount a full production of her play Back the Night, which explores the rise in sexual violence on college campuses, to be directed by Pascale Florestal.