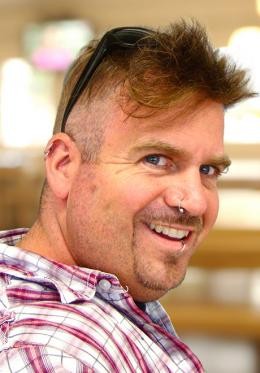 Recent directing projects include the Boston premieres of The Motherf**ker with the Hat (2013 Elliot Norton Award for Outstanding Production), Red (2012 Elliot Norton Award for Outstanding Production), and Blackbird at SpeakEasy Stage Company; Medea, The Hotel Nepenthe, The Duchess of Malfi, and Titus Andronicus (2007 Elliot Norton Award for Outstanding Director) for Actors’ Shakespeare Project; the world premieres of The Farm by Walt McGough and The Salt Girl by John Kuntz at Boston Playwrights’ Theatre; the New England premieres of Cherry Docs, The Lieutenant of Inishmore and My Name is Rachel Corrie at The New Repertory Theatre; and The Winter’s Tale as part of the Shakespeare Exploded Festival at the American Repertory Theatre. Other recent directing credits include Marlowe's Doctor Faustus at the Modern Theatre; Adrienne Kennedy’s Funnyhouse of a Negro with Brandeis Theatre Company; Eric Bogosian’s subUrbia at MIT; Romeo and Juliet at The Boston Conservatory; and a revival of Arthur Kopit’s Oh Dad, Poor Dad, Mamma’s Hung You in the Closet and I'm Feelin' So Sad as the inaugural production at Harvard University’s New College Theatre. Mr. Gammons’ recent directing projects have been nominated for twenty-three Elliot Norton Awards and thirty Independent Reviewers of New England (IRNE) Awards.

Mr. Gammons is a graduate of the Directing Program of the American Repertory Theatre Institute for Advanced Theatre Training at Harvard University, where he directed productions of Shakespeare’s Twelfth Night, Marlowe’s Edward II, Artaud’s The Cenci, Genet’s The Balcony, and Pinter’s Party Time and The New World Order. While a directing student, he assisted on A.R.T. productions directed by JoAnne Akalaitis, Ron Daniels, Robert Scanlan, and David Wheeler.

He was the founder and artistic coordinator of Philadelphia’s No More Masterpieces, a performance collective dedicated to generating original dance-theatre work, and conceived and directed their world-premiere productions Spanking the Maid, A Crying of Bones, and Heaven’s Sake. Other original dance-theatre works he has created include Teen Tragedy Trilogy for Headlong Dance Theatre (winner of a 1999 Bessie Award for Outstanding Choreography as part of St*r W*rs and Other Stories), A Winter’s Tale for Pig Iron Theatre Company, Raising Rapunzel for Phantom Theatre, and Exquisite Corpses for Lorraine Chapman: The Company.

Mr. Gammons has served as the Director of the Theatre Program at Concord Academy for the past fourteen years, where he has taught courses in acting, directing, playwriting, and design, and directs a company of performers devoted to developing original experimental work for the stage. At Concord he has directed plays by Sophocles, Shakespeare, Chekhov, Pirandello, Brecht, and Suzan-Lori Parks, and has conceived and directed the world-premiere productions 3SisTerZ, Beauty Sleeping, Sea of Troubles, LHOOQ, When I look up to the sky I get a scary feeling, Tyger/Tiger, Double Negative, (Her) House, Howl, Permanent Fatal Errors, Flux, Volta, and 4am. He has delivered guest lectures on the craft of drama at Harvard University, Emerson College, Brandeis University, Wellesley College, The Boston Conservatory, and Suffolk University, and taught Continuing Education courses at the Arden Theater in Philadelphia. In the fall of 2011, he was a Visiting Lecturer in Theatre at Suffolk University. In 2013-2014, David will serve as the Rev. J. Donald Monan S.J. Professor of Theatre Arts at Boston College.

Mr. Gammons is a graduate of Harvard University with a degree in Visual and Environmental Studies, and studied sculpture, painting, and photography with Ritsuko Taho, Nan Freedman, Rosamund Purcell, and Christopher James. At Harvard he was awarded the 1992 Peter Sellars Director’s Prize. As an undergraduate, he is best remembered for his production of Antonin Artaud’s Jet of Blood, in which the audience was suspended on swings amidst the action.