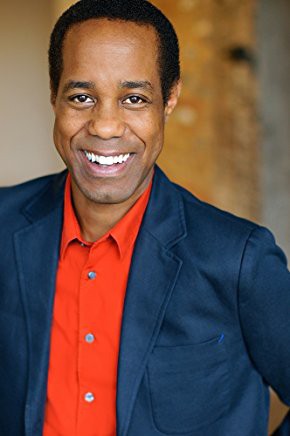 Actors Wayne Wilderson ‘89 & Maile Flanagan ‘87 will give a joint lecture about their journey from Boston College to thriving careers in television and film on Thursday, November 2, 2017 at 7:00pm in the Robsham Theater Arts Center on BC’s Chestnut Hill campus.

Wayne Wilderson, actor and comedian, hails from Minnesota and received his B.A. in Theatre Arts from Boston College. After graduating from BC in 1989, he attended Circle in the Square Theatre School in NYC, the only accredited training conservatory associated with a Broadway theatre. He is a longtime member of the Screen Actors Guild (SAG-AFTRA), which represents approximately 160,000 actors, dancers, singers, stunt performers, voiceover artists, and other media professionals.

A veteran of the “small screen,” Wayne has made guest appearances on some of TV’s biggest hits, such as The Office, How to Get Away with Murder, The Big Bang Theory, Mom, The Middle, Two and a Half Men, Private Practice, CSI, Frasier, Seinfeld, and more than 30 other TV programs. He is perhaps best known for his recurring role in Season Five on Veep, for which he was nominated for a SAG award for “Outstanding Performance by an Ensemble in a Comedy Series” (2012).

Wilderson has appeared in the films Evan Almighty, Independence Day, and Disney’s Space Buddies, among others. He is also a frequent commercial actor, having appeared in national commercials for Fruit of the Loom (portraying the purple grape cluster!), MasterCard, Reebok, Yahoo!, Toyota, Chevrolet, Sealy, and PlayStation Portable, among several others. 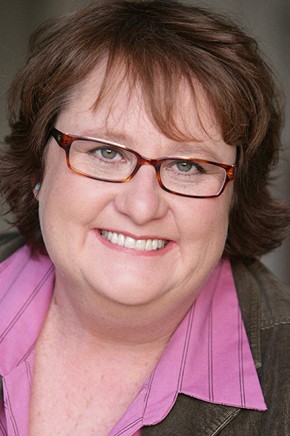 Emmy Winning Actress and Comedienne, Maile Flanagan, was born in Hawaii and received her B.A. in Political Science in 1987 from Boston College. While at BC she was a member of America’s oldest collegiate improv comedy group, My Mother’s Flebag, with her pal, Wayne Wilderson. After graduating from BC, she moved to Minneapolis and joined the comedy troupe, Every Mother’s Nightmare. In 1996 she moved to Los Angeles with a production of Bad Seed, which went on to win a LA Weekly award for “Best Comedy Ensemble.”

A longtime member of SAG-AFTRA, Flanagan has more than 100 acting credits on IMDB. She has made guest appearances on nearly forty television shows, including major series like The Office, Modern Family, Weeds, Desperate Housewives, and ER. She has played recurring roles on several TV shows such as Grey’s Anatomy, Reno 911!, Shameless, Bad Teacher, and The Class. She played a recurring role for four seasons as Principal Perry on Disney XD’s Lab Rats (and its spin-offs).

Flanagan has an extensive history of voice-over work for animated films, television shows, and video games. Over the course of 14 years, she voiced the title role in the hit Japanese manga series cartoon, Naruto (and its sequel) for over 600 episodes, 40 video games, and 6 movies. Her role as Naruto has garnered her world-wide fame amongst anime fans, with Maile being invited to speak on panels at Comic Cons in Manchester (England), Glasgow, Dublin, Stockholm, New York City, San Francisco, McAllen (Texas), Grand Rapids (Michigan), Indianapolis, Boston, and others.

Additional animation work includes the title role of Lala in Ava & Lala (featuring J.K. Simmons), the recurring role of JR Elephant in two seasons of Nickelodeons’ Pig Boat Banana Cricket, the Oscar winning film Rango (starring Johnny Depp), Ice Age: Dawn of the Dinosaurs (starring Ray Romano), and Back at the Barnyard (featuring Wanda Sykes), among many others. For voicing the recurring role of Young Piggley Winks on PBS Kids’ Jakers! The Adventures of Piggley Winks, Flanagan was nominated for an Annie Award for “Voice Acting in a Television Production” (2005). The role also earned her three Emmy Award nominations for “Outstanding Performer in an Animated Program,” winning the award in 2006.

Maile also has numerous L.A. theater credits including working with writer/director Justin Tanner at Third Stage in his humorous, farcical plays Wife Swappers, Pot Mom, Oklahomo!, Zombie Attack!, and The Strip. In 2011 she won the LA Weekly Award for “Female Comedy Performance” for playing the role of Shannon in Tanner’s play, Day Drinkers.

“Maile and Wayne are the definition of successful working actors in this country,” says Assistant Theatre Department Chair, Dr. Luke Jorgensen. “Both of them have careers that bridge the worlds of stage, television, film, improv, print, movies, directing, writing, and even the occasional underwear ad (Wayne). Few people know the ins and outs of the industry as these two do, and both have been lauded by their fellow actors. The Theatre Department is excited to hear of their experiences; both the successes, and the obstacles they’ve had to overcome to get where they are today. As Wayne once remarked, ‘I am not hungry for fame, I am hungry for work’.”

The joint lecture will focus on Wilderson and Flanagan’s journey from Boston College to becoming working professionals in multiple areas of the entertainment industry. The November 2nd lecture will be followed by a Q&A led by Assistant Theatre Department Chair, Dr. Luke Jorgensen. The lecture is free and open to the public.

This is the fourth lecture in the Matthew R. DeVoy and John H. DeVoy IV Perspectives on Theatre Series, a program made possible by a generous gift from the DeVoy family.  The series brings leading professionals and major creative forces in the arts to Boston College on an annual basis to share their experience and their vision with the campus community and with interested alumni and members of the greater Boston arts community. The inaugural DeVoy lecture was presented in April 2014 with American theatre visionary, director, and author Anne Bogart.