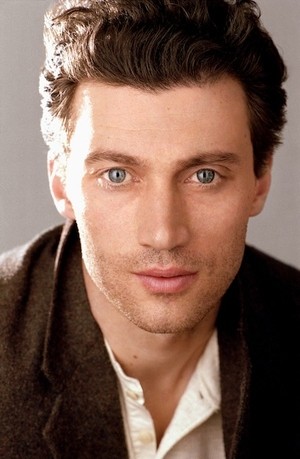 Chestnut Hill, MA (October 30, 2014) The Boston College Theatre department is pleased to announce that Broadway actor and Tony Award Nominee, Bryce Pinkham, will give a lecture in the Matthew R. DeVoy and John H. DeVoy IV Perspectives on Theatre Series on Monday, March 23, 2015. The event will start at 7:00 pm in the Robsham Theater Mainstage.

A stage and television actor, Pinkham is currently starring in the title role in the Broadway production of A Gentleman’s Guide to Love and Murder, for which he was nominated for the Tony Award for Best Performance by a Leading Actor in a Musical. Starting in February 2015, he will play the role of Peter Patrone in the Broadway revival of The Heidi Chronicles alongside Mad Men star, Elizabeth Moss.

During his visit, Pinkham will be a guest artist for two Theatre department courses, and his evening lecture will focus on the life and career of a Broadway actor, and the importance of creating educational and social change through the arts. The lecture is free and open to the public.

Pinkham is the second speaker in the DeVoy Perspectives on Theatre Series, a program made possible by a generous gift from the DeVoy family. The series brings leading professionals and major creative forces in theatre and the performing arts to Boston College on an annual basis to share their experience and their vision with the campus community and with interested alumni and members of the greater Boston arts community. The inaugural DeVoy lecture was presented in April 2014 with American theatre visionary, director, and author Anne Bogart.

“Bryce Pinkham is a gifted artist and devoted humanitarian,” says Crystal Tiala, Chair of the BC Theatre department. “At the stage door after a performance of A Gentleman’s Guide… Bryce not only took the time to greet his fans but also made his way through the crowd to give special attention to a child in a wheelchair sitting on the sidelines. That is how I always picture Bryce: a beautiful mix of talent, kindness, and joy. It is that model I hope our students will follow.”

Pinkham’s acting credits include the original Broadway cast of Ghost: The Musical in 2012 and Bloody, Bloody Andrew Jackson (2010, debut). He has performed at Lincoln Center Theatre, the Guthrie Theatre, Yale Repertory Theatre, Hartford Stage, and Williamstown Theatre Festival, as well as in Shakespeare in the Park’s Love’s Labour’s Lost (2013). He has also been seen on television in episodes of The Good Wife and Person of Interest. In the past six years he has shared various New York stages with the likes of six-time Tony Winner Audra McDonald, five-time Tony nominee Keli O’Hara, Oscar winner Anne Hathaway, and three-time Tony nominee Kate Burton. He is also a faculty member at New York University’s Meisner Studio.

In addition to his rigorous performance schedule, Pinkham works on a number of art and social responsibility projects. He currently serves as the Executive Director of Zara Aina (a Malagasy phrase that means “share life”), a company he co-founded in 2012 with fellow Broadway actor, Lucas Caleb Rooney, to help children in developing countries expand their capacity for achievement through theatrical performance and storytelling. He is also a recurrent collaborator with Outside the Wire, a theater company that uses performance and a variety of other media to address pressing public health and social issues, such as combat-related psychological injury, prison reform, and domestic violence. Recent projects with Outside the Wire have been in Kuwait, Guantanamo Bay, and Japan.

A proud Boston College Alumni in the Communication and Theatre department’s Class of ’05, Pinkham went on to earn his MFA in Acting from the Yale School of Drama. Soon after graduating from Yale, Pinkham was identified by the Leonore Annenberg Foundation as one of a limited number of “exceptionally talented” actors and was awarded the prestigious and highly selective Leonore Annenberg Fellowship for the Performing and Visual Arts (2012). Up to 10 Arts Fellows are selected each year with the goal of helping individuals in their early career become successful so they may someday serve as leaders in their field.