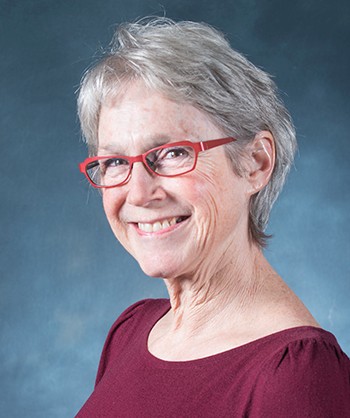 My laboratory research has focused on the symbiotic association of nitrogen-fixing Rhizobium meliloti with its host plant alfalfa. The specific interaction of the bacteria with alfalfa root hairs results in the development of root nodules, differentiated plant structures containing intracellular bacteria. These bacteria reduce atmospheric nitrogen to ammonia, thus providing a major source of available nitrogen for human consumption. The development of root nodules and the subsequent ability to fix nitrogen requires new gene expression from both symbiotic partners. My lab has investigated the induction of nodule-specific plant genes using a variety of bacterial mutants, each blocked at varying stages of intracellular development. Our results from numerous studies have shown that induction of certain nodule-specific genes requires entry of the bacterium into the plant cell but is independent of further bacteriod development. This may reflect a developmental program that is initiated by the infecting bacterium, but subsequently facilitated by plant processes. Following this reasoning, we hypothesized that plant developmental mechanisms may be conserved, and used PCR to identify several MADS box genes whose expression is found in the infected cells. Since plant MADS box genes have been implicated in flower development, it is intriguing to speculate that similar mechanisms may be involved during nodule development. Currently, we believe that three alfalfa MADS box genes are involved in a signal transduction pathway that is initiated by the infecting bacterium and results in differentiation of the infected cell. The infected differentiated cell has the appropriate environment to support the nitrogen-fixing bacteria. Further work is needed to identify the ultimate target genes and to determine the extent to which various programs for organ development overlap.

After a fellowship and sabbatical leave at the Radcliff Public Policy Center, I developed a new research interest revolving around science policy and career development. Currently, I am working with colleagues in the Carroll School of Management to examine success strategies for mid-career scientists working in academia. Our goal is to identify institutional, cultural and personal factors that influence research productivity through one’s mid-life, a period of documented transition. Special attention is being directed to the research success of women, and the unique problems that they face as an academic scientist.