Scott Seider is an associate professor of applied developmental psychology at Boston College where his research focused on the role of schools in nurturing the civic development of adolescents. He is the author of numerous academic publications including Schooling for Critical Consciousness: Engaging Black and Latinx Youth in Analyzing, Navigating, and Challenging Racial Injustice (Harvard Education, 2020, co-authored with Dr. Daren Graves).

Elisa Magrì is an assistant professor of philosophy at Boston College. Her work revolves around issues of habit formation, attitude change, and social sensitivity in contemporary phenomenology. She is also interested in the ethical role of memory in Hegel's philosophy. She is author of Hegel e la genesi del concetto. Autoriferimento, memoria, incarnazione [Hegel and the Genesis of the Concept. Self-reference, memory, and embodiment] (2017) and co-author of Critical Phenomenology: An Introduction (2022). 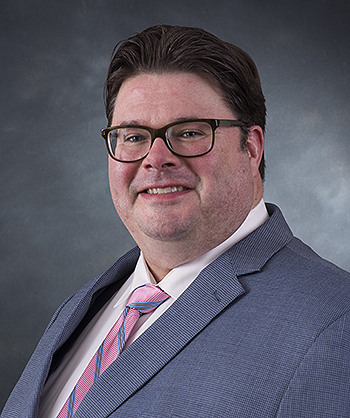 Joshua earned his Ph.D. in Theological Ethics from Boston College. His dissertation entitled, Love Promoting Justice: An Augustinian Ethic for Transitional Justice from the Context of Guatemala explored how charity as a civic virtue can bring about social reconciliation in a divided society. Joshua’s research focuses on transitional justice and Catholic Peace-Building with an emphasis on the Guatemalan Catholic Church & Human Rights. Additionally, he is interested in Catholic Social Teaching and its contribution to global public health with a specific focus on ethical accompaniment and end of life care.

Joshua’s most recent publications include, “Catholic Social Teaching & Global Public Heath: Insights for COVID-19, in the Journal of Catholic Social Thought in Summer 2022 and “Peacebuilding, not Just War, is how to respond to the Ukrainian Crisis,” for the SACRU Document on Ukraine in Light of the Holy Father’s Appeal for Peace in February 2022.

Currently, Joshua lives in Salem, MA with his wife, Ashley, and their mini-schnauzer Gustav where they enjoy kayaking, hiking, and fishing.

College of the Holy Cross

Mark Freeman is a Distinguished Professor of Ethics and Society in the Department of Psychology at the College of the Holy Cross, and his writings include Rewriting the Self: History, Memory, Narrative (1993); Finding the Muse: A Sociopsychological Inquiry into the Conditions of Artistic Creativity (1994); Hindsight: The Promise and Peril of Looking Backward (2010); The Priority of the Other: Thinking and Living Beyond the Self (2014); and Do I Look at You with Love? Reimagining the Story of Dementia (2021).

Frances Maughan-Brown is a lecturer in Philosophy and the First Year Program at the College of the Holy Cross. Her research interests are at the intersection of aesthetics and politics, especially feminism. She is the author of The Lily's Tongue: Figure and Authority in Kierkegaard's Lily Discourses (2019).

Peter Joseph Fritz is an associate professor of Roman Catholic Systematic Theology at the College of the Holy Cross. He has published two sole-authored books on the theology of Karl Rahner, SJ, two co-authored books on Catholic theology and neoliberal capitalism, an edited volume on religion and protest, and numerous articles, book chapters, and book reviews on theology, philosophy, and visual art.

David Marcotte is a Jesuit priest, clinical psychologist and clinical associate professor of Psychology at Fordham University. His clinical and research interests focus on the relationship between social structures, self-determination, and the role of contemplative practices in shaping individual and collective identity. He is also a member of the Psychology Coalition of NGOs at the United Nations, which provides consultation for UN initiatives and the achievement of the Sustainable Development Goals.

Laura Specker Sullivan, Ph.D., is an Assistant Professor of Philosophy at Fordham University. Sullivan is a specialist in interdisciplinary and cross-cultural ethics who incorporates her experience in clinical ethics consultation and qualitative research into her philosophical work.

Leo Guardado, Salvadoran by birth, is an Assistant Professor in the Department of Theology at Fordham University. His research is focused on theological responses to the violence of forced migration, especially from Latin America. He writes on the tradition of church sanctuary, its relation to the 1980s Sanctuary Movement, and the ecclesiological implications of a church of the poor and persecuted in the US. Guardado also conducts ethnographic research on the role of indigenous healing practices among migrant communities in New York City.

Adam is the director of the Georgetown Laboratory for Relational Cognition and the Provost's Distinguished Associate Professor at Georgetown. Adam's motivating interest is in human creative intelligence and especially in understanding how neural processes constitute our best ideas. Adam’s work includes research into endogenous neural mechanisms and exogenous neuromodulation that support creative relational thinking and reasoning, the neurocognition of human belief, and the neuroscience of teaching and learning in real-world educational contexts. He is a founder and past President of The Society for the Neuroscience of Creativity, and Editor-In-Chief at Creativity Research Journal. Adam received a Ph.D. in Cognitive Neuroscience from Dartmouth and did his post-doctoral training at Yale.

Kate Withy specializes in the work of the German philosopher Martin Heidegger and has interests in 20th Century European philosophy and Ancient Greek philosophy. Her work focuses on finitude, including moods and breakdowns. Withy's most recent book, Heidegger on Being Self-Concealing, was published by Oxford University Press in 2022.

Frederick Ruf is an Associate Professor in the Theology Dept. at Georgetown. He has a Ph.D. from Harvard University, an M.A. from The University of Chicago, and a B.A. in religion from Williams College. He is the author of three books, The Creation of Chaos: William James and the Stylistic Ordering of a Disorderly World (1991), Entangled Voices: Genre and the Religious Construction of the Self (1997), and Bewildered Travel: The Sacred Quest for Confusion (2007), as well as numerous articles. He is currently at work on a biography of a schizophrenic friend, and a study of religion, film, and adolescence titled The Miasmas of Religion. He is currently an academic associate at the Training Institute of the Contemporary Freudian Society. And the delighted dad of four, and grandfather of two!

Dr. Joseph LaBrie is a Professor of Psychology at Loyola Marymount University in Los Angeles, CA. He holds a doctorate in clinical psychology from the University of Southern California, as well as master's degrees in Mathematics and Theology from the University of North Carolina Chapel Hill and the Jesuit School of Theology at Berkeley respectively. Dr. LaBrie is a nationally recognized researcher/scholar on adolescent and emerging adult (college student) development. His research has focused on causes, prevention, and intervention of risk behaviors including alcohol abuse, drug use, risky sexual behavior, and violence. He has also studied the role of social networking sites in risk behaviors with these populations.

Dr. LaBrie has been a PI or Co-PI on research grants totally more than $20 million dollars from agencies such as the National Institutes of Health, the US Department of Education, and the Alcoholic and Beverage Medical Research Foundation. Further, he is the author of over 190 peer-reviewed empirical scholarly articles and has been cited by others nearly 10,000 times. His Heads UP Program was honored with the Model Prevention Program for College Campuses Award by the US Department of Education. Dr. LaBrie also received the APA Division on Addictions (Division 50) Early Career Award for scientific contributions to addictive behaviors research and the LMU’s Third Annual Rains Award for Excellence in Research and its first ever Annual Award for Excellence in Extramural Funding. In addition, he is a licensed clinical psychologist who also maintains a private practice.

Brian Treanor is a professor of philosophy and Charles S. Casassa SJ Chair at Loyola Marymount University. Like poet Les Murray, he is “only interested in everything.” Consequently, his scholarship is interdisciplinary in its method and wide-ranging in its foci. He is the author or editor of ten books, including Melancholic Joy (Bloomsbury 2021), Philosophy in the American West (Routledge 2020), Carnal Hermeneutics (Fordham 2015), Emplotting Virtue (SUNY 2014), and Interpreting Nature (Fordham 2013).

Dr. Amir Hussain is Chair and Professor of Theological Studies at Loyola Marymount University the Jesuit university in Los Angeles. He is also President of the American Academy of Religion. The author or editor of 5 books, he has also written over 60 scholarly articles about religion.

Dr. Kathleen M. Pape is a licensed clinical psychologist, university lecturer, and supervisor in Seattle, WA. She received her MA from Seattle University’s Existential-Phenomenological Psychology Program and her PsyD from Antioch University Seattle. She completed her doctoral clinical training at the Fremont Community Therapy Project - a feminist, trauma-informed community clinic. Her career has included working in community mental health, partial-hospitalization facilities, and group practices, as well as providing spiritual direction in the Ignatian tradition.

Jerome Veith holds a joint appointment in the Philosophy and Psychology departments at Seattle University and is a licensed therapist at Seattle Anxiety Specialists. He is the author of Gadamer and the Transmission of History (2015), and the translator of the Heidegger Reader (2009) and Günter Figal’s Aesthetics as Phenomenology (2015).

Dr. Jeanette Rodriguez is a professor of Theology and Religious Studies at Seattle University, where she also serves as Executive Director of the Institute for Thought and Culture and holds the Malcolm and Mari Stamper Endowed Chair in Catholic Intellectual and Cultural Traditions. A leading theologian, Dr. Rodriguez’s teaching and scholarship include theologies of liberation, U.S. Latinx theology, feminist theology, cultural memory, and theology of Inculturation. She has authored several books and dozens of other publications. Dr. Rodriguez has served in several national leadership positions, including president of the Academy of Hispanic Catholic Theologians, a national council member for the Catholic peace movement Pax Christi, and a member of the board of directors of the National Catholic Reporter. She holds a Ph.D. (1990) in Religion and the Personality Sciences from the Graduate Theological Union, Berkeley.