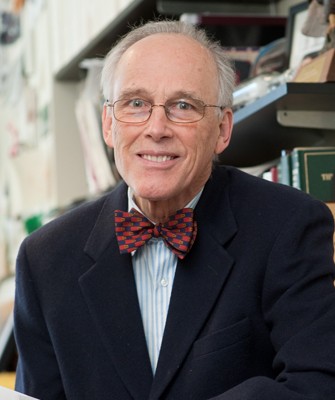 Zygmunt J. B. Plater researches in the areas of environmental, property, land use, and administrative agency law. While teaching public law for three years in the national university of Ethiopia, he redrafted the laws protecting parks and refuges, assisted in publication of the Consolidated Laws of Ethiopia, and helped organize the first United Nations Conference on Individual Rights in Africa. Professor Palter is lead author of Environmental Law and Policy: Nature, Law, and Society, now in its fifth edition, Aspen Law Publishers, 2016. His book The Snail Darter and the Dam is published by Yale University Press and is being made into a documentary film series.

Professor Plater has served as petitioner and lead counsel in the extended endangered species litigation over the Tennessee Valley Authority's Tellico Dam. He was a consultant to plaintiffs in the Woburn toxic litigation, Anderson et al. v. W.R. Grace et al., the subject of the book and movie A Civil Action. Professor Palter was chairman of the State of Alaska Oil Spill Commission’s Legal Task Force over a two-year period after the wreck of the M/V Exxon-Valdez, and he researched and consulted on responses to the BP Deepwater Horizon oil spill. He received the 2005 David Brower Lifetime Achievement Award presented by the Land Air Water Association at the Twenty-third International Public Environmental Law Conference.