Secularization and the Jesuits

The event was sponsored by the Jesuit Institute, The Secretariat for the Service of Faith of the Society of Jesus, and the Sociology Department of Boston College.

Peter Berger previously taught at the New School for Social Research, at Rutgers University, and at Boston College. He has written numerous books on sociological theory, the sociology of religion, and Third World development, which have been translated into dozens of foreign languages. Until 2010, Professor Berger has been Director of the Institute on Culture, Religion and World Affairs at Boston University. The institute is a research center committed to systematic study of relationships between economic development and sociocultural change in different parts of the world.

Religion and the Public sphere

Jonathan VanAntwerpen is director of communications at the Social Science Research Council (SSRC), program director for Council projects on Religion and the Public Sphere, and editor-in-chief of The Immanent Frame. Since joining the SSRC in January 2006, he has led work on religion and international affairs, on the religious lives of American undergraduates, on spirituality and political engagement, and on the interdisciplinary study of prayer. He is co-editor of The Post-Secular in Question (NYU Press, 2012), Rethinking Secularism (Oxford University Press, 2011), The Power of Religion in the Public Sphere (Columbia University Press, 2011), and Varieties of Secularism in a Secular Age (Harvard University Press, 2010).

The demographics of Religion

Brian Grim is Director of Cross-National Data and Senior Researcher in religion and world affairs at the Pew Research Center’s Forum on Religion & Public Life in Washington, D.C. He is also a visiting research associate and the co-principal investigator for the international religious demography project at Boston University’s Institute on Culture, Religion and World Affairs (CURA). He is also author of The Weekly Number, a collection of statistics that highlight important findings or trends in global restrictions on religion. He frequently presents to high-level governmental, nongovernmental and academic groups in the U.S. and abroad, including recently in Austria, Belgium, Canada, China, Germany, India, Italy, Morocco, Norway, Qatar, Sweden, Switzerland, Turkey, Thailand, the United Arab Emirates, the United Kingdom and the Vatican.

Secularization in the United States

Alan Wolfe is Professor of Political Science and Director of the Boisi Center for Religion and American Public Life at Boston College. He is the author and editor of more than 20 books. He serves on the advisory boards of Humanity in Action and the Future of American Democracy Foundation and on the president’s advisory board of the Massachusetts Foundation for the Humanities. Wolfe is also a Senior Fellow with the World Policy Institute at the New School University in New York. He has twice conducted programs under the auspices of the U.S. State Department that bring Muslim scholars to the United States to learn about separation of church and state.

Daniel Levine is Professor of Political Science, Emeritus at the University of Michigan, where he has been chair of the Political Science Department and Director of the Program in Latin American and Caribbean Studies. He has published widely on issues of democracy, democratization, religion and politics civil society and social movements in Latin America. He is the author of nine books and numerous articles and chapters in English, Spanish, French, and German. He has taught in universities in the United States, Argentina, Spain, Venezuela, Colombia and Peru. His most recent book is Politics, Religion, and Society in Latin America.

Since her retirement from the University of Exeter, Grace Davie has been working with 'The Impact of Religion - Challenges for Society, Law and Democracy' program at Uppsala University in Sweden. Her research interests lie in the sociology of religion, with a particular emphasis on patterns of religion in Europe. Davie is also interested in the new theoretical paradigms that are emerging in the field – not least the notion of ‘multiple modernities’. How are we to make sense of the growing significance of religion in the modern world with tools and concepts that have emerged (largely) from the 'exceptional' European case?

Spaces for religion in the modern world

Ian Linden is s director of policy for the Tony Blair Faith Foundation and is a professorial research associate at the School of Oriental & African Studies in London. Formerly director of the Catholic Institute for International Relations, he was awarded a CMG for his work for human rights in 2000. He has advised the Catholic Bishops Conference of England and Wales, Department of International Affairs, on Europe and Justice and Peace issues. Recent research for the British government Department for International Development (DfID), has been on faith and development with special emphasis on Muslim approaches to West African development, and for the Commonwealth Foundation on multi-faith programs. A revised second edition of his book Global Catholicism was published in October 2012.

Brian D. Robinette is associate professor at Boston College, where he teaches and researches in the areas of philosophical and systematic theology. He obtained his Ph.D. in Systematic Theology from the University of Notre Dame in 2003. He is married and has two sons. His research interests include: Phenomenology; Hermeneutics; Mimetic Theory; Theological Aesthetics; Mystical Theology; Theologies of Creation. Some of his works are Grammars of Resurrection: A Christian Theology of Presence and Absence. New York: Crossroad/Herder, 2009; and "Deceit, Desire, and the Desert: René Girard’s Mimetic Theory in Conversation with Early Christian Monastic Practice." In Violence, Transformation, and the Sacred. Ed., Margaret R. Pfeil & Tobias L. Winright. Maryknoll, NY: Orbis Books (2012).

Manuel Reus is professor of Theology. He received his Ph.D. from the University of Innsbruck, Austria in 1995. His research focuses on the problems of the public dimension of the faith in open democratic societies. His hypothesis is that post-liberalism debate has altered the Vatican II doctrine, which may be a cultural rather than political problem. Post-modernism has changed the public dimension of the faith.

Arturo Sosa, S.J., is President of the University in the State of Táchira, Venezuela since September 2004. He joined the Society of Jesus in 1966 and was ordained priest in 1977. Sosa took degrees in Philosophy (Universidad Católica Andres Bello, Caracas), Theology (Gregorian University, Rome) and political Science (Universidad Central de Venezuela, Caracas). He was member of Social Center of the Venezuelan Province (Centro Gumilla, 1977-1996), Superior of Venezuelan Jesuits (1996-2004) and General Counselor of the Society of Jesus (2008-2011).

Luis Fernando Múnera, 43, was born in Colombia. After he finished his studies of Philosophy and Theology he was de Director of Program for Peace (2001-2003). Then he got his PhD at Centre Sèvres - Facultés Jésuites de Paris in 2008. There he studied the problems of Democracy and Christianity. Between 2009 and 2011 he was the Formation Assistant of the Colombian Province. Since 2011 he has been the Superior of the Philosophy Student's House and he is also Professor in the fields of Modern and Politic Philosophy at Javeriana University (Bogotá).

Gregory Kalscheur joined the BC Law faculty in 2003. He received his A.B. in 1985 from Georgetown University, and his J.D. in 1988 from the University of Michigan, where he served on the editorial board of the Michigan Law Review. After law school, he clerked for Judge Kenneth F. Ripple, U.S. Court of Appeals for the Seventh Circuit, and worked as a litigator at Hogan & Hartson in Washington, D.C. In August 2012, he began serving as Senior Associate Dean for Strategic Planning and Faculty Development in the College of Arts and Sciences at Boston College.

Educated at Harvard, Mark Massa currently serves as dean and professor of church history at the School of Theology and Ministry at Boston College. His last four books have focused on the Catholic experience in the United States in the 20th century. His book, Catholics and American Culture: Fulton Sheen, Dorothy Day, and the Notre Dame Football Team, won the Alpha Sigma Nu Prize for Best Work in Theology for 1999-2001.

Jorge Cela studied in Cuba, Venezuela, Spain and Canada. He took his Masters in Anthropology at University of Illinois and did special studies at Brussels. He worked in the slums of Santo Domingo (Dominican Republic) for 30 years, and directed the Center for Social Studies and its journal. He worked with ‘Fe y Alegría’, a movement for Integral Popular Education and Social Development. Fr. Cela was superior of the Jesuits in Cuba.

Daniel McDonald served as Vice Rector of the Pontifical Gregorian University in Rome where he also functioned as Dean of the Faculty of Social Sciences and taught in that faculty. McDonald studied and worked in diverse international settings. In 2007 he started the new series entitled Gregorian University Studies in Catholic Social Teaching. His area of interest is in the social construction of identity and the cultural effects of identity on the marginalization of people. He was a member of Fr. General’s reflection group focused on cultural and social issues impacting society and the Church. Before Rome he worked at the U.S. Jesuit Conference in Washington, D.C.

Fr. Coleman SJ holds a doctorate in sociology from the University of California, Berkeley. From 1974-1997 he was a Professor of Religion and Society at the Graduate Theological Union in Berkeley. From 1997-2009 he held the Charles Casassa Chair in Social Values at Loyola Marymount University. He has held visiting chairs at Louvain University and The University of Western Australia. From 1980-1997 Coleman was the sociology of religion editor at the international Catholic journal, Concilium. Among his seventeen edited or authored books are: "The Evolution of Dutch Catholicism"; "Globalization and Catholic Social Thought"; "Christian Political Ethics". Since 2009 Coleman has been an associate pastor at Saint Ignatius Parish. He continues to contribute articles, chapters in books and other writings to a wider audience.

T. Frank Kennedy is a Jesuit musician and scholar, an expert in music of the Baroque and especially of Jesuits and Music in the Colonial Period. He has produced a number of early operas associated with the Society of Jesus. He is currently Rector of the Jesuit Community, Director of the Jesuit Institute, and holds the Canisius Chair in Music, all at Boston College.

Gerald R. Blaszczak, S.J., Secretary for Faith for the Society of Jesus, Rome

Gerald Blaszczak entered the New York province and studied New Testament and Islamic mysticism. He started teaching at the newly opened Jesuit theologate in Nairobi (Kenya), became Novice Director of his Province and was responsible for “Mission and Identity” at the Jesuit Universities of Fordham (New York) and Fairfield (Connecticut). Father General appointed him as director of this new Curia Secretariat which involves also Ecumenical and Interreligious Dialogue and Ignatian Spirituality.

Tomeu Estelrich is also Assistant Director for special projects at the division of University Mission and Ministry at Boston College, where he also teaches in the department of Philosophy. He earned a Ph.D. in Philosophy at Universidad Pontificia Comillas (Madrid, Spain). Prior to this appointment, he taught philosophy at the Universidad Técnica Particular de Loja and Universidad Central in Ecuador. Some representative publications include: “Simone Weil’s Concept of Grace,” Modern Theology, (2009); “Dio, dentro e fuori della Chiesa. Appunti per un’analisi teologico-filosofica del concetto weiliano di Dio.” Simone Weil, Dentro e fuori la chiesa? (2011).

Gustavo Morello work on the relations between Catholics and the public sphere in Latin America’s recent history and Argentina in particular. He explores questions such as: How did Catholics deal with Latin America’s political violence? To some extent, part of the answer to the question relies on the idea of the secular, that is, in the relation between religion and the public sphere. But what does secularization mean in Latin America? His most recent publications are ‘Catholicism(s), State Terrorism and Secularization in Argentina’ Bulletin of Latin American Research, Vol. 31, No. 3.(2012), and ‘Comunidad política, sociedad civil y actores religiosos. Un caso de articulación en torno a la defensa de los derechos humanos en la Argentina de los años ‘70’, Latin American Research Review, Vol. 47, No. 3 (2012). 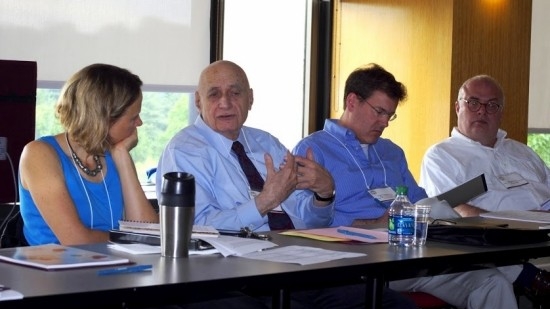 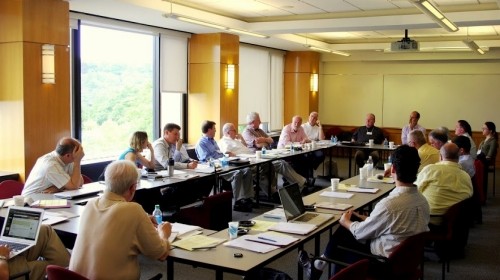