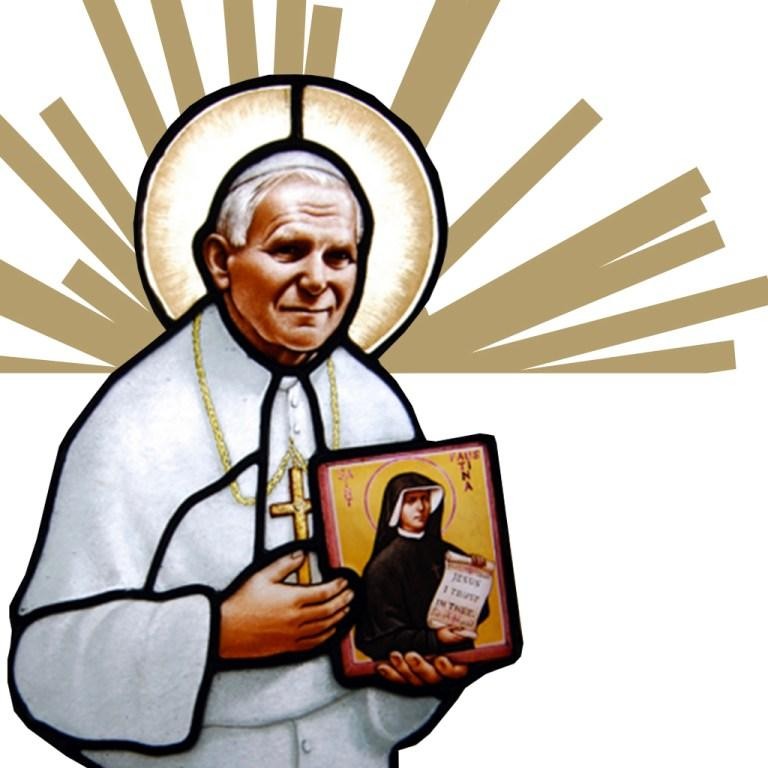 Saint John Paul II was born Karol Józef Wojtyla on May 18, 1920, in Wadowice, Poland. As a youth he suffered the loss of his mother and brother. John Paul enjoyed athletics as well as theater and poetry. Wanting to become a priest, John Paul spent two years in Rome where he finished his doctorate in theology. He eventually became the bishop of Ombi in 1958 and then the archbishop of Krakow six years later. Considered one of the Catholic Church’s leading thinkers, he participated in Vatican II and helped the church to examine its position in the world. In 1978, John Paul made history by becoming the first non-Italian pope in more than four hundred years. As the leader of the Catholic Church, he traveled the world, visiting more than 100 countries to spread his message of faith and peace. In 1981, an assassin shot John Paul twice in St. Peter’s Square in Vatican City. John Paul recovered and later forgave his attacker. A vocal advocate for human rights, John Paul often spoke out about suffering in the world. He is credited with the fall of communism in his native Poland. Pope John Paul II died on April 2, 2005 and was canonized by Pope Francis on September 30, 2013. Pope John Paul II’s feast day is celebrated on October 22nd.