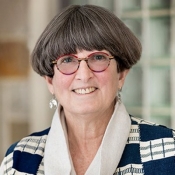 M. Brinton Lykes is Professor of Community-Cultural Psychology at the Lynch School of Education and Human Development at Boston College. Her research interests include the effects of state-sponsored terror and organized violence; human rights policy and mental health interventions; participatory action research; gender, culture, and theories of the self; and community-based strategies for change. Her many publications have appeared in the International Journal of Transitional Justice, Social Science & Medicine, American Journal of Community Psychology, American Psychologist, and the Journal of Social Issues, among others. She also serves on the Editorial Boards of Action Research and Peace and Conflict: Journal of Peace Psychology, and as a reviewer for many other journals and has co-edited three books and co-authored two others. In 2012 she received the Ignacio Martín-Baró Lifetime Peace Practitioner Award from the Society for the Study of Peace, Conflict and Violence, of the American Psychological Association and in 2013 she was awarded the American Psychological Association's International Humanitarian Award.

Professor Lykes is involved extensively in Boston-area communities and abroad. She is a founder and program committee member of the Ignacio Martín-Baró Fund for Mental Health and Human Rights, an Advisory Committee Member of Women's Rights International, on the Board of Directors of IMPUNTY WATCH, a former committee member and Chair of the American Psychological Association's Committee on International Relations and Psychology, and a volunteer consultant to numerous other NGOs. She is also Co-Editor in Chief of the International Journal of Transitional Justice.

Professor Lykes received her B.A. at Hollins University, her M.Div. from Harvard University, and her Ph.D. at Boston College. Her web site is https://sites.google.com/a/bc.edu/brinton_lykes/.