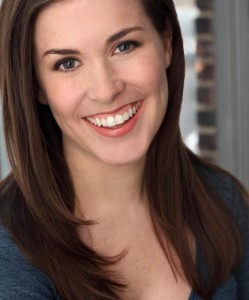 Michelle Miller, BC class of ’98, has become the consummate modern entertainment professional. As a professional actor and singer, she has performed in off-Broadway shows, in the International Fringe Festival, at Lincoln Center in NYC, and at the Sundance Film Festival in Park City, UT. In New York Michelle was a founding member of Any Minute Now Productions with which she performed and produced The Triumph of Love The Musical, John & Jen, and Hello Again! She has also sung with the New Haven Symphony, The Kansas City Jazz Orchestra, as well as the Boston Pops under the batons of John Williams, Marvin Hamlisch and Keith Lockhart.

In recent years Ms. Miller has been working as a producer, photographer, and scriptwriter. Beginning with Project Explorer, an award-winning non-profit educational film company whose mission is to bring the world into the classroom with free multimedia content and lesson plans that improve students’ global awareness and cross-cultural understanding. The Castle Project, a film about Colorado’s infamous “haunted mansion,” was produced, filmed, and story-boarded by Miller and was featured in the documentary film corner of the Cannes Film Festival in 2013. Miller was also nominated for six Heartland Emmy Awards for her work as a producer and photographer on The Rocky Mountain Experience (2014, 2013), a PBS adventure sports series. The series won the 2013 award for Best Television Pilot at the Nevada Film Festival.

Ms. Miller is also active in humanitarian and philanthropic efforts. As the Vice-Chair on the Board of Trustees for ASTEP, a non-profit designed to connect artists with underserved youth around the world, she produced eighteen concerts in NYC with award-winning composers and Tony-nominated performers, highlighting and promoting new musical works, and fundraising to benefit ASTEP’s international service projects. Personally, Ms. Miller has taken five extended service trips to a rural community outside Bangalore, India for the Shanti Bhavan Children’s Project doing fundraising, project development, and teaching some of the country’s poorest children everything from Social Studies and English, to Visual Arts, Music, Theater, and Dance.

"Michelle Miller is an exciting choice for the 2015-2016 Monan Professorship. She is an extraordinary actress, singer, filmmaker, and teacher with enormous compassion for humanitarian causes,” says Theatre department Chair, Crystal Tiala. “Michelle is a shining example of what a Boston College education is all about and the quintessential role model for our students."

In 2009 Michelle was inducted as a Dame of Malta into The Knights of Malta, a thousand year old Catholic organization that invites members based on their commitment to faith, philanthropy and service. Michelle was invited not only for her work with Shanti Bhavan and ASTEP, but for her years of inner city outreach and extensive work with Christmas in October, which has been rehabilitating inner city homes for 30 years and was founded by her father. Through the Knights of Malta Michelle has made eight pilgrimages to Lourdes, France to care for the sick.

As the 2015-2016 Monan Professor in Theatre Arts, Ms. Miller will direct Rodgers & Hammerstein’s Carousel (October 21-25, 2015), hailed by Time magazine as the best musical of the 20th Century. Her compassionate and collaborative teaching style will be put to good use in an advanced musical theater performance class using a one-on-one approach to identify and work through physical and emotional blocks unique to each student in order to capture their true potential. The class will explore how to embody the character through personalizing the text and freeing the natural voice.

Her work will include collaborating with Theatre students, Department professors, and guest artists alike. She will serve as the vocal coach for the fall production of Charles L. Mee’s Big Love (November 19-22, 2015) directed by Dr. Scott T. Cummings, as well as the consultant for the new Irish musical, Learning How to Drown, written by BC Theatre Alumna Patricia Noonan ’07 (February 17-21, 2016), and as a guest lecturer for the Independent Television & Film course. She will also lead a number of vocal performance workshops (open to all interested BC students).

In the last 17 years Michelle Miller has taken her theater training and professional development and merged those skills with her commitment to service and activist work to become a world-class educator and leader in the arts. The Theatre department is proud to welcome her back to Boston College for the 2015-16 academic year.