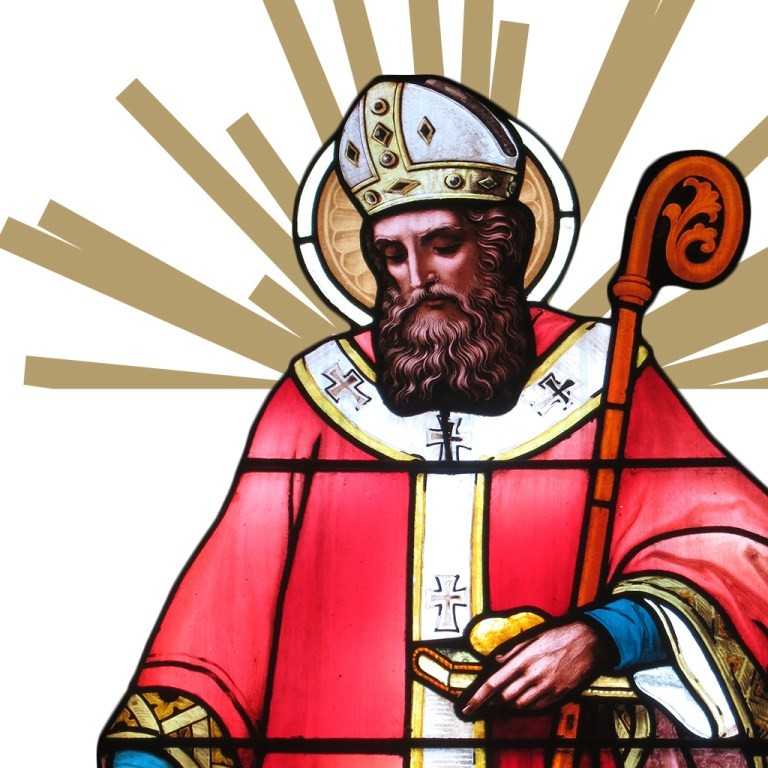 Saint Nicholas of Myra also known as Nicholas of Bari, was an early Christian bishop of the ancient Greek city of Myra in Asia Minor (modern-day Demre, Turkey) during the time of the Roman Empire. He is revered by many Christians as a saint because of the many miracles attributed to his intercession, he is also known as Nicholas the Wonderworker. Saint Nicholas is the patron saint of sailors, merchants, archers, repentant thieves, children, brewers, pawnbrokers, and students in various cities and countries around Europe. His reputation evolved among the faithful, as was common for early Christian saints, and his legendary habit of secret gift-giving gave rise to the traditional model of Santa Claus (“Saint Nick”) through Sinterklaas. His feast day is celebrated on December 6th.